I have been tagged by Indian Home Maker, on Feminism. I cannot put this off any more, it is too late already, and so, the usual rambles I go on, shall, this time I hope discipline themselves to suit the occasion and deliver themselves with dignity. At the same time I must issue a disclaimer, that at times this post could go way off the topic, entirely due to the writer’s rather delicate frame of mind, in not being able to apply herself fully to the task, having done no research, and having to attempt this from the gut – literally 🙂 Am perched on two cushions, on a rather uncomfortable chair [not having been able to indulge in the one thing I have been longing to buy, a solid straight-backed and supportive wooden arm chair, for my computer as those swivel thingys have not so far done my rather weary spine much good…! I digress, and so am thankful for the disclaimer already in place!!)

Feminism, for me, is long past the burn-your-bra to prove this anymore- there is a subtle shift in the balance of power (lol, so called)- for feminism in now reflected, not just in women breaking moulds but men too doing the same. (I mean, if one is a feminist, gender no bar, one has to be judicious about everyone’s progress, right?)

The stereo-typed angry young woman – the iconic unfavoured, vocal and harsh female – has given way to real stunning role models in every field; entertainment, science, technology, space travel, sports, environment preservation – and though names are not really required, here, these areas have thrown up several well known faces. Each of them an inspiration, in her own right.

My vote as a role model, is for the face of “everywoman”, the average woman, as I see her. More specifically, it is my domestic help at home ( she is more family than anything else, now :)) who, silently, within the system she lives in, has with faith, singular belief, and positivity, and generosity of spirit, come out of the shadow of her almost alcoholic husband, reformed him; got her kids educated, (her daughter is in the +2 at a vocational higher secondary school, consistently performing well, and that despite no tuitions and stuff! She helps with all the other work in her own home as well), though she herself is uneducated! The irony is that had I been in her place, or in a similar situation, I know I would not have been able to do all that she has! It is so very easy, and so addictive, sometimes, to advise another!

With reference to being a SAHM (Stay at home mother), the grass is never greener on the other side, though it always fascinates! From personal experience, of being a SAHM for ten years, before taking up a job out side the home, I know this as a fact! It never hurts, to put one’s dreams, ambitions on hold, never!( An interesting article in the Indian Express, this Sunday, here) For if you believe in it, deeply enough, it has a way of making itself a reality (The Alchemist:)) I had wanted to be with my kids, full time, when they were growing up, and though I was urged several times, especially by my wonderful mother in law, who was a working mother too, I did not ( and for sure, I do not think that makes me a better SAHM for that either, lol!) When my younger son started full day school, is when I tried my wings again, went back to college, did my B.Ed. blah blah blah… :D! With the kind of travelling around we had to do, being a teacher suited us well, and me particularly, in addition to it being something I really wanted to do!

However, while this seems to have suited me very well, there are several hundreds of young women today who face very difficult choices – especially since they have done their professional courses, and have invested much in their education! How feminist is one when it comes to choices like that? This is where I liked Shail’s perspective, and I totally subscribe to it. It should not matter whether you are a woman or not, to be able to decide what you would like to do!! A simple fact, with more than simple complications, given our Indian Psyche!! Finally, one must follow one’s heart in matters such as these : an open communication channel with the spouse will ever ensure that is reciprocated too! I do believe in this!

So we come to the what this leads to, most often. Sacrifice. Aren’t sacrifices a part of life? Don’t we, whether we are men or women find ourselves making it when it seems right? Nothing that is forced upon one, for me, could ever mean sacrifice. It has to be fully voluntary, with a pride and self esteem and humility being part of it!! I know of one our closest family friend’s son and daughter in law, where this has to be seen, to be understood. Both are doctors, the son and DIL. But she, with a PG in Pathology and a great job to boot, decided, with a full heart to put that on hold, because she wanted to be with their children, a lovely girl and boy, and to support her husband’s further studies in super-specialty. I know too, that he did not want to, but only on her insistence he had to 🙂 She went back to work, first part time, then full time later. But every time I think of them, it warms the cockles of my heart for the high happiness quotient [Ganga’s post speaks of this :)]they have!

Still, why is it I wonder, that feminism is even now, a no-no word? Why does it still evoke a sort of in the face, aggressive going-to-put-the-man-in-his-place-are-you? attitude? What I did indeed like about IHM’s take on this was how this aspect is now expresses in men and have made society more tolerant and supportive. 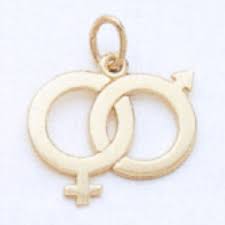 The final blow to any sort of positive feminism, isn’t it in the Psyche? All those race memories, of thousands of years of being negated by the male species, and man made power hierarchy? We speak of how certain things are ingrained, but I hope for the male and female symbols used, and felt in the mind to transcend those barriers, and meet in a more tolerant acceptance of a person being human, over anything else!

I would certainly agree, about the one thing that has changed very little, hereabouts, about a woman still being expected to put all her wishes on hold. Rare exceptions, perhaps few and far between, but growing in number, make one glad that all is not lost! Not yet!

And finally, whatever else one might say, explain, express, outline, delineate to support oneself, to be a SAHM, or not, is and should be a matter of individual choice. With a positive support network, of spouse, family, children, colleagues, it is becoming more and more easy I feel to make that decision, either way!

I know this tag has not been attempted the way it should, and I have as usual, digressed and rambled. But I did tell you, right at the beginning :D!

Thanks again, IHM, it has been an enriching experience to share in yours, and ever so many others’ views on the same, and to try and discern for myself, what it means to me!

In turn I would like to tag a few young ladies and lads, on what they feel, since they must be feeling the heat of the situation, or will perhaps :D!