Doing this tag marks my arrival, as I see it, :), in blogdom! Thanks Praveen, for the invitation to do it. Here in my own rather insensible way is how I’ve attempted it.

The Tag
Two questions from the past, present and future. Answer them and then tag your friends from the blog-o-sphere. Leave a comment on their blog letting them know they have been tagged and you are all set. 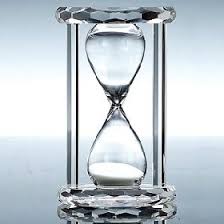 This is one that I shall always carry as a sort of fuzzy, wrapped-in-mist sort of memory. It’s of my father carrying me, patting me on the back, and me crying incessantly. I have asked my mother about it, and she says that it was probably at the time I had the jaundice, near-fatal, she says, that had me up all night, for several days. [She says she mentions this because I was a good and quiet baby!!] And being just a year and four months younger than my brother meant too much work for my mother! Daddy would sit up at nights, comforting me! And that, she says, was when I was two and a half! Would one remember that far back, is what I always wonder!

Other early memories include being in Delhi, the Holi and Diwali celebrations at Dhaula Kaun, where we stayed. The most vivid memories are being dunked into a drum of coloured water, and coming up spluttering and hooting, along with an unforgettable vision of a rocket set off on our lawn going up, a wide arc, and coming down on the balcony of the house opposite us where a Sardarji Uncle was sitting. The rocket finally landed on his pagari :D! Fortunately there was no serious injury, except to our ego, when we got a dressing down from the parents!!

-What were you doing ten years ago?

Ten years ago, to date, was a moment where life was happening along an upbeat path. Having finally settled in Kerala, having prepared myself to do so, it was a moment of truth too! Things were looking up, my teaching career was also shaping up very nicely. The boys were doing good in school, I was back at my studies along with my work, and almost done with my PGCTE, from CIEFL, now called EFL University. Life suddenly looked good. In retrospect, I now wonder if indeed it was the lull before the storm. More on that, perhaps, when I am in a more confiding state, :-)!

I am at peace. With myself, and that I think takes care of everything! Of course that does not mean I’ve done all that I want to, and am now sitting back !! If anything life finds me busier than I have ever been, and while people ask me what it is I do, well, I tell them Oh! this and that…! Reading, writing, correcting papers [lol!], browsing the net for stuff to take to class, cooking, and most of all, trying as hard as I can to do nothing! Each day sees me making new plans. The Inter School Competitions are on now, at the state level, and in a couple of days, the kids will go out and perform. For the past month we’ve been working together, the kids and us, in Recitation of Poetry and Elocutions and Extempore. I love that part, working with the kids and seeing them adapt, and learning so much from them. Each year it’s a joy, one that never fades! I’m already planning for new poems, for next year!

The most important aspect of today is here! And Now! Blogsphere. It probably has had the most influence on the way I see things and accept perspectives. An ongoing lesson in life, is what I take it to be. Glad to be here, now!

Yet another day to get through! Sometimes instead of the prayer I have on my lips as I open my eyes, I want to go Aaaaarrrrrgh!! Especially if it’s a Monday.. this time it’s a Thursday, and it’s a day after an unscheduled holiday, because of a hartal in our place! A day that will be tension filled, as the next day is the D-day as far as the competitions go. The kids get their final practice, and that is always worrying if they are tense, or … 😀 I know I sound typical, but then there it is! Tomorrow is set aside for those children, all of them wonderfully talented. Do say a prayer for them, won’t you? Also for the tenth [Class Ten ie], as I struggle and strive to finish [them, lol] off their grammar portions.. 🙂 I empathize, sympathise with them, but darn! I just have to do that too!!!

What do you see yourself doing 14 years from now?

If I still will be 🙂 – A year away from retirement, but still with a zest for life, and still as young as my heart is! Hopefully with boisterous grandchildren [awww.. indeed, I am being a predictable female here.. :)] to play with [not just look after, lol!] Still learning lessons from life, surely. And still blogging, hopefully with the same company I now enjoy in blogdom! I wonder if I should have by then taken a bit of courage in my hands to see at least one of my pieces in print 🙂 It’s a secret wish I have, and … well, it is the future, and future perfect is most often an unreal conditional sentence!

If you build a time capsule what would it contain?

Books, Richard Bach’s, Robert Fulghum’s; music, the soft and senti stuff I hear, the musicals, Kenny Rogers, Bryan Adams.. and lots more; the pressed flowers I treasure; a few prized scribblings; some treasured hand made cards that my students have given me, and some of those precious b’day cards my kids and younger brother have presented me with. My old warm blanket [ I do have a thing about it, much like Linus in “Peanuts”.. :-)], and my old diary, in which I have hand written collections of quotations from decades ago.. these along with the most prized of all, my family and friends! It would have to be a fairly big one, as I keep wanting to add to my list!

And now I’d like to tag the following people: [Of course, if you have not been invited to do this tag before, and if the inclination so permits :)]

Indian Home Maker
Sasha – She has done it here !!
Vrinda
Tara
Priyanka
Soumya
Omana [I’d love it done in Malayalam too!]
Roopa
Meena [Winnie the Pooh] had already done it here… 🙂
Mahita, who very promptly did it here here !!!

My queer notion
Defies the crucible
Of its inception.
So you tell me.

But no, I shall
Not let it be-
I shall not surrender
That intangible wealth
For, it is all I have
This day.

When you, and the
World, shun the prospect,
Lacing homilies and
Anecdotes to underscore
The real and reel,
I know I shall not
Let go.

Not of the belief-
That Knowledge alone
Is power.
That knowing therefore,
Separates, then fuses
As with chaff and grain,
And growth from grain!

Not to you, or your
Foreboding can I
Ever abandon the
Unquenching thirst,
Of the limitless, seamless
Knowing, which shall,
Someday lead me

To that place
Here on Earth, in Life
(Not any astral plane, for sure!)
Where I am finally
Truly, Contentedly
Me, living with that Knowledge!

A dangerous optimism
A mrigatrishna you say!
But, you know, don’t you?

I wonder,
Would you, then, like
To join me?